UK based specialists in IT and
Communication Technology. 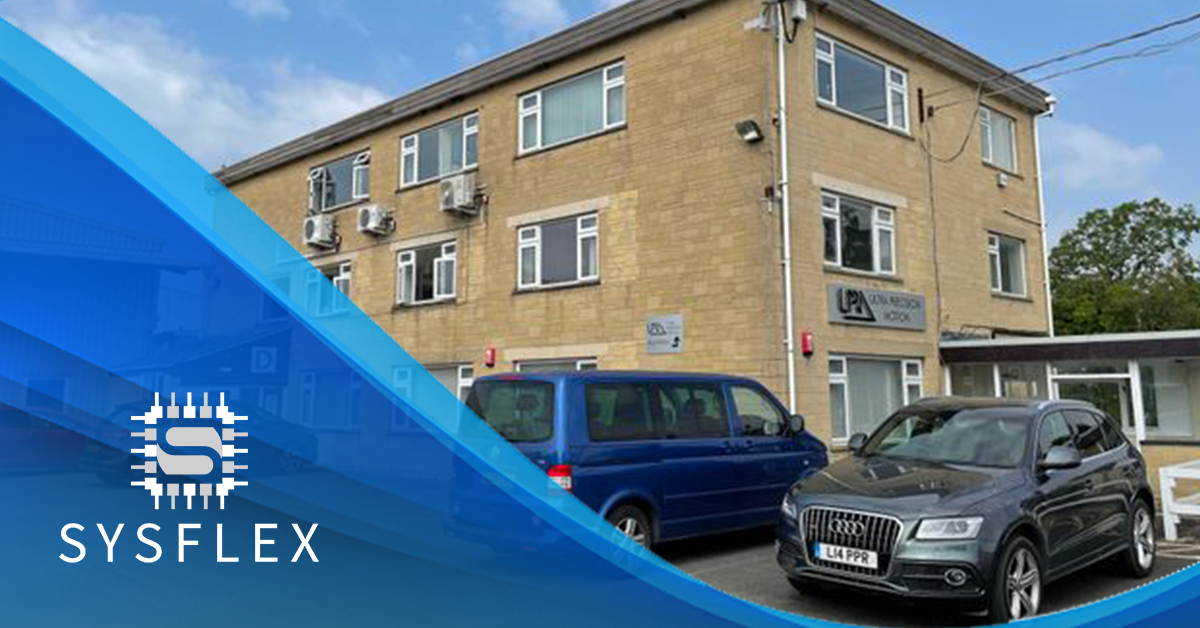 We have relocated to Chelworth Industrial Estate, Cricklade

PRESS RELEASE: We have moved our head office location After a year of continued growth, we have decided to move from our current base in Royal Wootton Bassett over to our new home at Chelworth Industrial Estate. This is a fantastic location to serve our client base...
Read More

Sysflex was founded by James Zalewski who has many years of experience within the IT & Audio Visual Industry.

At the beginning of his career, he held various roles within the IT sector including electronics repair and IT support. He moved on to a contract role implementing a customised purchasing system that culminated in James becoming interim purchasing manager for a large international supplier of aggregates.

He then moved on to a well known car manufacturer, where he worked running the day to day IT services running the IT helpdesk for the R&D business which also included maintaining the network and server infrastructure. He led a number of projects including hardware rollouts and software deployments and training.

Moving on from that role, he worked delivering IT projects for a large software company that was later bought about by Capita.

Because of his technical background, and looking for a new opportunity, he then took on the day to day running of a Danish software company selling digital communication and digital signage software, this included the operation of the UK business including all technical aspects including the delivery of many complex integration projects. I also worked closely with the head office that was located abroad.

After this, James decided to start his own successful business selling workplace technology to large corporate clients. As well as being Operations Director and Chief Technical Officer, James was also responsible for project specification and delivery. This business still continues today, however James left the business to start the Sysflex Technology Group.